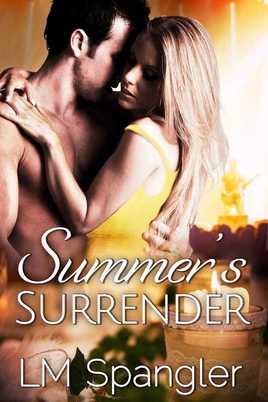 Blurb:
Sometimes new beginnings burn bright.
Looking for a new start, Ian Jacobs moves from Los Angeles
back to the small town in Pennsylvania where he grew up. He
hopes opening his own music store will help him overcome the
demons of his alcoholism. He also wants to win back his ex-girlfriend,
Summer. He’s still in love with her, and having her in his life could be the
lift he needs to beat his addiction.
Summer Duncan, owner of Duncan Candles, finds herself drawn back to
the first man she ever loved. She resists, but love has a mind of its own
and it wants Ian Jacobs. She can’t help but open her heart to him despite
his addiction and the heartbreak he caused her when he left town without
even saying goodbye. She’s torn between keeping him at a distance and
giving him another chance.
Little does Ian know that parts of his past unbeknownst to him are about to
come to light. First, he’s almost run down by a speeding vehicle, and then he
begins receiving packages with random car parts in them. Soon, Summer
starts to receive them as well. When Ian learns that his father killed three
people in a DUI accident, he wonders if these events are somehow related to
that.
Is someone out there seeking revenge against Ian for his father’s actions?
And will Summer get caught in the crossfire?

A sly grin crossed Autumn’s face. Summer’s eyes narrowed as she studied her. She and Autumn were complete opposites looks-wise. Autumn, who mirrored her mother’s height, was five-foot, four-inches tall. Her alluring curves always caught men’s attention—that was when they weren’t staring at her boobs. Summer, who inherited her father’s height, stood at five-foot, ten-inches tall, with gentle curves and modest commodities. Their mother always told her she was willowy and elegant, much like a ballerina, while her sister was built like a pole dancer.
But the siblings never competed for a man’s attention. Both women were career oriented and dated only when they had time, which wasn’t very often.
Autumn was still grinning.
“Okay, why are you sporting that I’m-up-to-something smile?” Summer’s hands fisted on her hips. “It’s devious and unnerving.”
Autumn’s smile broadened. “My buyer is very interested in this building.”
“I don’t know why that would concern me.”
Her sister beckoned someone from the outside.
Summer whirled around. “What the hell?” she muttered. The buzzer sounded as a man entered. “What have you done?” she whispered to her sister under her breath.
A quick flash of surprise widened his eyes before he collected himself. Summer doubted she was the only person set up with this reunion.
“Don’t worry. You’ll thank me...eventually,” Autumn answered before greeting the visitor. “Welcome back, Ian.”
Accepting the handshake Autumn offered, he said, “It’s great to see you again.” He faced Summer. “How are you?”
His obsidian eyes swept the length of her, up and down, his gaze leaving a trail of goose pimples on her skin. The man had been able to set her aflame when she was eighteen. And he was still able to now.
As much as she reacted to him sexually, he also set her teeth on edge, infuriating her.
“I’m fine, Ian.” She cleared her throat. “I didn’t know you were in Dover.”
A black eyebrow rose as he looked at Autumn.
“Ah...it must have slipped my mind,” she said in defense of herself. A broad grin belied that comment.
Summer’s eyes narrowed again. “Uh-huh. Sure.” She faced Ian. “So, are you here for good?”
He leaned against a pegboard display, arms crossed over his chest and his feet crossed at the ankle. “Would you like me to be back for good, Summer?”
The man was still an Adonis. His hair had been longer when he’d left Dover, not its current style of short on the side, longer on top, which accentuated his stunningly handsome face. High, slashing cheekbones left shadowed hollows that accented his straight nose and intense onyx eyes. His tall frame—about six inches taller than hers—was showcased in denim and a gray thermal shirt with a white t-shirt over it. He still looked every bit a rock star.
He had worn Doc Martens when he’d moved and still wore them now. They looked well- worn and were likely the same pair.
Her gaze met his. “What I wanted never mattered. Why would it now? It’s your life. You chose Los Angeles and wild parties full of alcohol and drunk groupies.” She shrugged.
“Is that what you think?” A muscle in his jaw twitched as he straightened to full height and crowded her. His breath bathed her neck in warmth, his goatee brushed against her highly sensitized skin, causing her to tremble and leaving a trail of heat in its wake. “Is that what you think? We wanted each other before.”
Before she could stop herself, her hand was resting on his chest. Good Lord, his pecs were solid. Her mind flashed to the look of his body at twenty-two years old, the last time she’d seen him in person. He was built then. Bitterness flashed hot, tangling desire and darkness, mixing pleasure with regret.
He laughed softly. “And it looks like we still want each other.”
His tone, low and seductive, wrapped around her mind. She couldn’t—no, she wouldn’t permit him to weave a sorcerer’s spell around her. Instead, she allowed the question to stoke the fire, adding fuel to it. She shoved him backward. He stumbled into the display rack, but stayed on his feet.
Her chest heaved with each inhalation. “You arrogant, egotistical bastard,” she hissed. “It’s good that I think with my brain and not my body these days.”
“Whoa.” Autumn stepped between them. “No need for pushing and shoving.”
“Goodbye, Ian.” She faced her traitorous sister. “I’ll deal with you later.”
“Ha. You love me and you know it,” Autumn retorted.
“I don’t know why.” Summer risked a quick glance at Ian. Heat banked in his eyes, sending scorching waves over her, mixing with anger, leaving her needy...and pissed off.